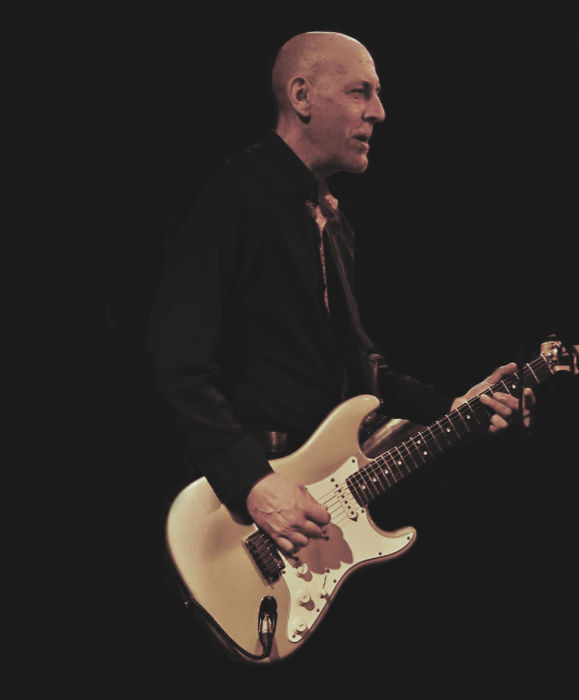 Rene Trossman – Guitar/Vocals (Chicago, Illinois) Rene Trossman is a guitar player with a long history in Blues Music. Since turning pro in 1985 Rene has just about done it all. The fantastic Chicago club scene, where he was a regular at both South Side and West Side clubs, playing with the likes of Chick Willis, Deitra Farr,  Byther Smith, Nate Turner, Iceman Robinson, Eb Davis, Lorenzo Thompson, Sharon Lewis and others.

The various musicians who appear with Rene Trossman are among the best blues players from the Prague scene, with both Czechs and Expats from other countries living in Prague.

RENE TROSSMAN has had his new-thing together in Prague since February of 2003.
The band is either a quartet with Rene on guitar and vocals, with keyboards, bass, drums, or a sextet, adding horns, forming “The Little-Big Band”.
The band has regular gigs in Prague, and plays all around Czech Republic. Rene takes it on the road as well, having played in 15 countries already, 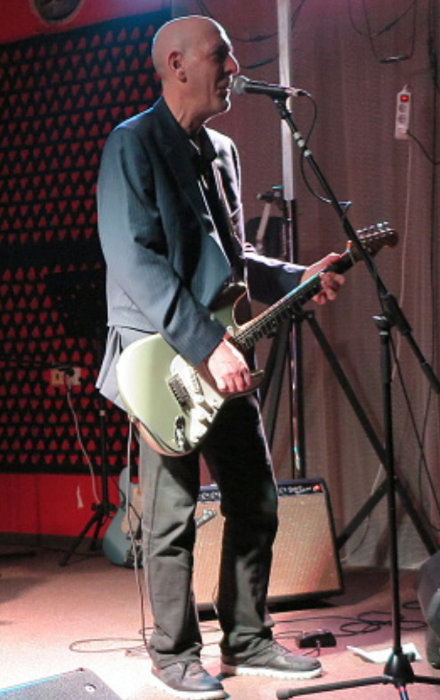 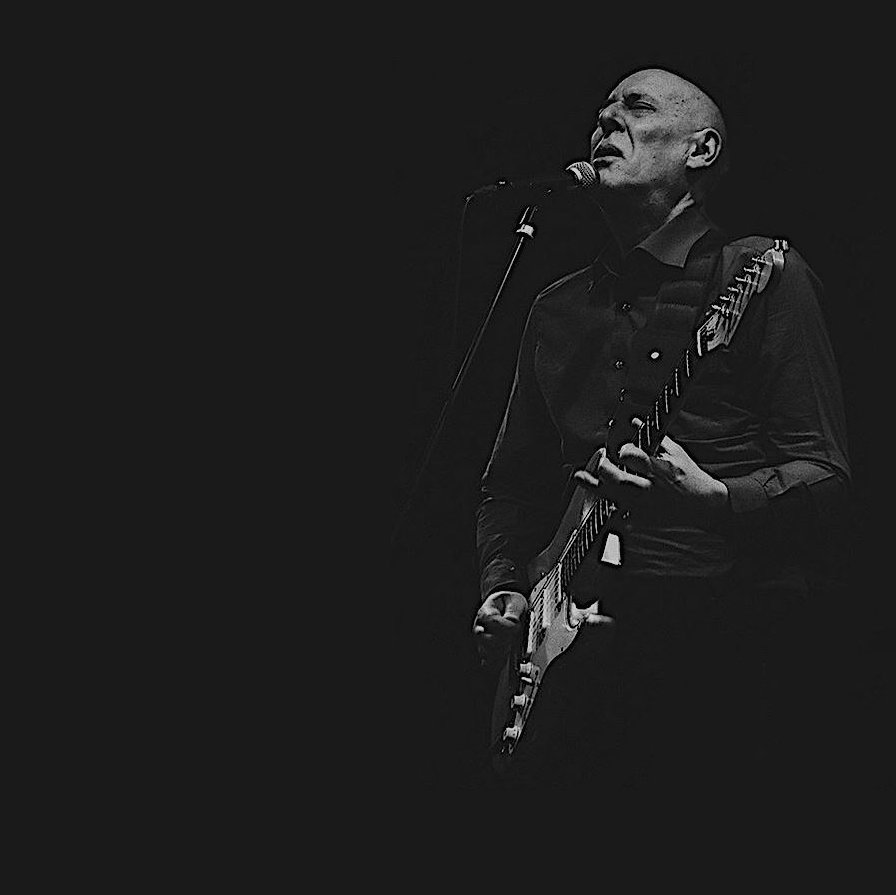 Rene plays straight-ahead, Chicago, West-side and south-side style, blues, in the tradition of the ’50s and ’60s Chicago scene. The band mostly plays Rene’s original music, while paying homage to the greats of Chicago’s “Golden Era of the Blues”, the ’50’s and ’60’s.

Rene’s love for the incredible stars of that era is evident, as they like to romp through material by Otis Rush, Magic Sam, Muddy Waters, Jimmy Reed, Earl Hooker and other blues artists of the era.

If you love Blues, especially Chicago Blues, then please have a listen to Rene Trossman. Rene Trossman has definitely got that “Chicago-Sound”! 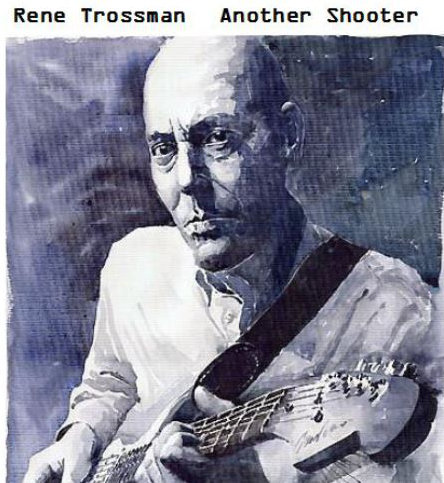 "After the first albums of the guy that we presented in France in preview, a few years ago, on Paris-Move and in Blues Magazine, Rene Trossman had taken up a serious challenge by offering us with the opus “I'm On a Roll”, a worthy successor to his first CD “Postmarked Illinois” (2007).
With Rene Trossman I must admit that I didn't have too many fears, because I know the rascal, a guy who likes provocations and risks. Besides, you didn't have to be a bit of a barge to leave the States to settle in Eastern Europe and do everything to impose your Blues there ... like a love story between characters a little lost.
Since then, not only has the Rene made his hole, but he is doing better, he marks the Blues with his claw, because Rene Trossman does not just play the Blues, he writes it, composes it, shapes it in his own way to offer a precious stone of an intense blue. The proof, he shows it to you once again with this superb title, “Another Shooter”, available for the moment only in digital, but which will appear of course on the next album of Master Trossman.
A fiery, raw, timeless track, which oozes Blues through all its pores. It's deliciously spicy, on a beat that recalls the rich days of the Blues in all its joyful simplicity. A title carried by a musical efficiency that is obvious, with class! A title that stands out as the natural continuation of previous albums, with class and energy. Formidable! Not everyone is Rene Trossman, that would know …"

Frankie “Bluesy” Pfeiffer Chief Editor– PARIS-MOVE
"Overall, a well done album with plenty of variety and a lot of obvious care taken in the arrangements and performances. Everyone plays well, and often very well. It impressed me that you have so many originals on this album, and well-constructed and literate songs. There's a lot to be proud of here. Thank you for sharing the fine music."
Bruce Iglauer President, Alligator Records
"Steeped in U.S.A. Blues club sounds, big, brassy, with a little hint of Fenton Robinson, and a lot of Buddy Scott. Elsewhere the astute listener might detect a touch of Freddie King, and Albert King too, and a smidgen of Otis Rush.”

Norman DarwenBlues and Rhythm Magazine (U.K.) May – 2012
"Rene has managed to produce a CD which authentic, classic blues and an absolute delight to the ears... With excellent horn arrangements, plenty of clean guitar lines and some solid original songs, there is a lot to like about this CD and I recommend it wholeheartedly."

John MitchellBlues Blast Magazine (U.K.)
"Without any doubt, Rene plays authentic Chicago blues with clear links to modern blues, which gives him that extra “something special”. In fact, everyone who likes Blues musicians like Duke Robillard, Lurrie Bell and Ronnie Earl, you're definitely in the right place. If you love the blues, especially the Chicago Blues, without any mimicking, check out the CD, “I'm On a Roll” by Rene Trossman. It delivers the “Chicago sound” unconditionally."
Milan LoncarSoundguardian.com (Croatia)
"His new CD further strengthens the recognition that he deserves as a talented guitarist and composer. Each title on Rene Trossman's CD is a fire by itself. Rene delivers rough, hardcore blues, full of vitamins that remove the pulp from your mind. With Rene it's not fake, the guy plays the Blues as he lives it, as he feels it deep inside him, directly connected with his origins and his Chicago Blues. A CD that imposes itself as the natural continuation of his first CD (Postmarked Illinois) with class and energy. Awesome!"
Frankie PfiefferBlues Magazine (France)
"Nice to listen, with a beer in your hand. You'll forget your daily worries. Good advice isn't cheap, so, if possible buy Rene Trossman's latest CD - I'm On a Roll.”
Wim VeldermanKeys and Chords Magazine (NL)
"The blues at its best starting with the title track.... The CD (I'm On a Roll – Rene Trossman) reflects the musical journey of a great songwriter whose inspiration came from the Chicago Blues. Lovers of retro blues arrangements will be pampered here."
Rejean NadonLe Net Blues (France)
"This is a full-blown, lush sounding Chicago Blues experience, featuring the swirling Hammond of long-time collaborator Jan Korinek, the funky clipped bass of Jan Tengler. and a horn section with enough punch to win a barroom fight. The album makes you feel good.... Nine of the eleven songs are originals, and creativity was clearly high when they were written. No fillers, and all good stuff."
Tony EmersonPrague Jazz Blog
"The music grooves, swings, bubbles, and is simply fun! "I'm On Roll" does not want to reinvent the blues, instead the album celebrates it with enthusiasm and brilliance."
Nathan NörgelWasser-Prawda and Redaktionsleiter "Crossroad Cafe" at Radio 98eins
Previous
Next 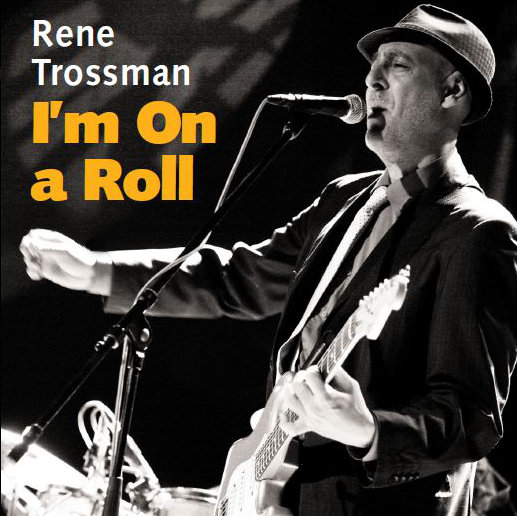 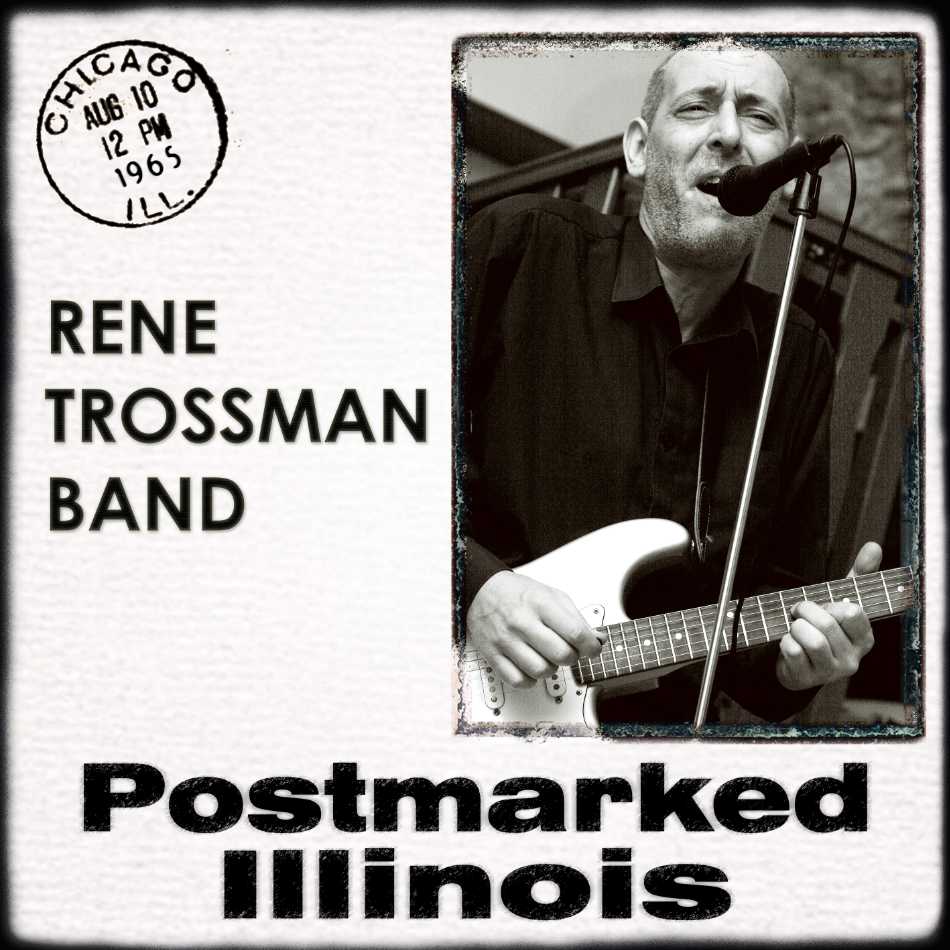 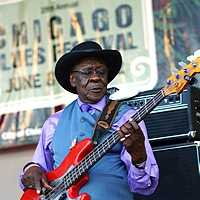 Bob StrogerBlues Living Legend/bass player – 2007
"Rene Trossman has a deep understanding of Chicago blues guitar and I enjoy hearing him carry on that tradition." 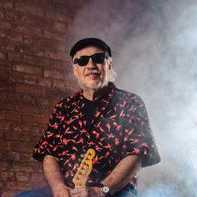 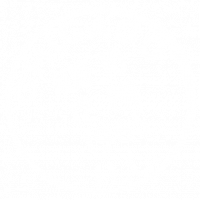